Application: The glass cloth produced in my country is divided into two types: alkali-free and medium-alkali. Most of foreign countries are E-GLASS alkali-free glass cloth. Glass cloth is mainly used to produce various electrical insulating laminates, printed circuit boards, various vehicle bodies, storage tanks, boats, molds, etc. Medium-alkali glass cloth is mainly used for the production of plastic-coated packaging cloth and for corrosion-resistant occasions. The characteristics of the fabric are determined by fiber properties, warp and weft density, yarn structure and weave. The warp and weft density is determined by the yarn structure and texture. The density of warp and weft plus the yarn structure determines the physical properties of the fabric, such as weight, thickness and breaking strength.

Copper Clad Laminate (full name Copper Clad Laminate, CCL in English) is a kind of wood pulp paper or fiberglass cloth as a reinforcing material, impregnated with resin, covered with copper foil on one or both sides, and formed by hot pressing The product, as shown in Figure 1 shows the structure of the copper clad laminate.

Copper clad laminate is the basic material of the electronics industry, mainly used in the processing and manufacturing of printed circuit boards (PCB), which are widely used in electronic products such as televisions, radios, computers, computers, and mobile communications.

Copper clad laminates available on the market, considering the base material, can be divided into the following categories: 1. Classification of CCL paper substrates

5. Composite substrate and others.

The so-called base material refers to reinforcing materials such as paper or glass cloth. If classified by shape, it can be divided into the following 4 types:

1. Copper clad laminate: refers to substrates such as paper and fiberglass cloth, impregnated with resin to make a bonding sheet (adhesive paper and tape). After combining several bonding sheets, one or both sides are equipped with copper foil , After hot pressing and curing, a plate-shaped product made.

The oil seal is a mechanical element used to seal oil (oil is the most common liquid substance in the transmission system, and also refers to the general liquid substance). It isolates the parts that need to be lubricated in the transmission parts from the output parts, and does not allow lubrication Oil leaks. Static seals and dynamic seals (generally reciprocating motion) use seals called seals. The representative form of the oil seal is the TC oil seal, which is a double lip oil seal with a self-tightening spring covered with rubber. Generally speaking, the oil seal often refers to this TC skeleton oil seal. 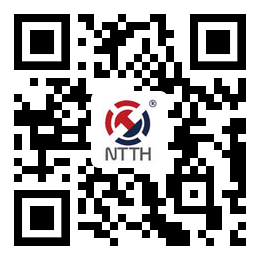